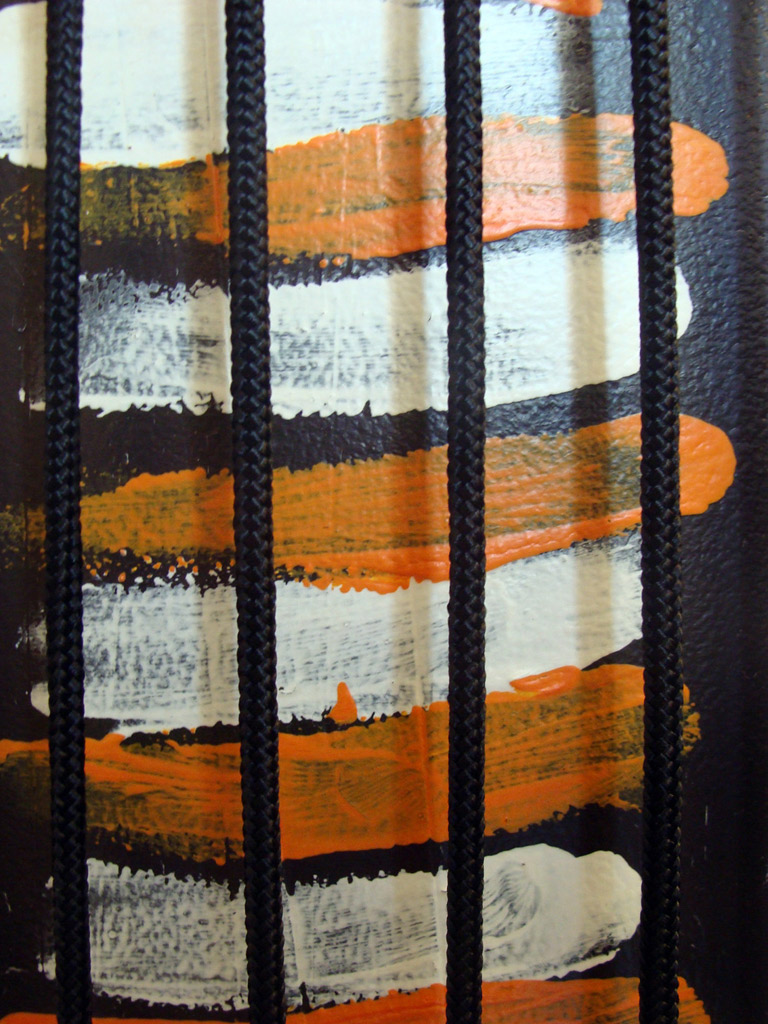 The subject that depicted has been inspired by the painting of the faces and the bodies of people from tribes in southern Ethiopia in Africa (tribes of the valley of Omo: Surma, Mursi, Karo y Hamer).

For these tribes the painting serves as a sign of distinction to attract the opposite sex, to intimidate enemies in a battle and usually follows the rules of the tradition of each tribe.

The colors which are used are of a wet powder (plant dyes) mixed with water or in other cases with clay and oil and are placed with the use of calyxes of Kalashnikov bullets, with small sticks and stalks, stems and collars from plants. In the created figures appear straight and wavy lines, small circles, stars and irregular shapes as well often repeated by the imprints of hands.

The purpose is the speaker of the percussion instrument to act as a “body” which represents in a most plausible way the “body art” of southern Ethiopia. 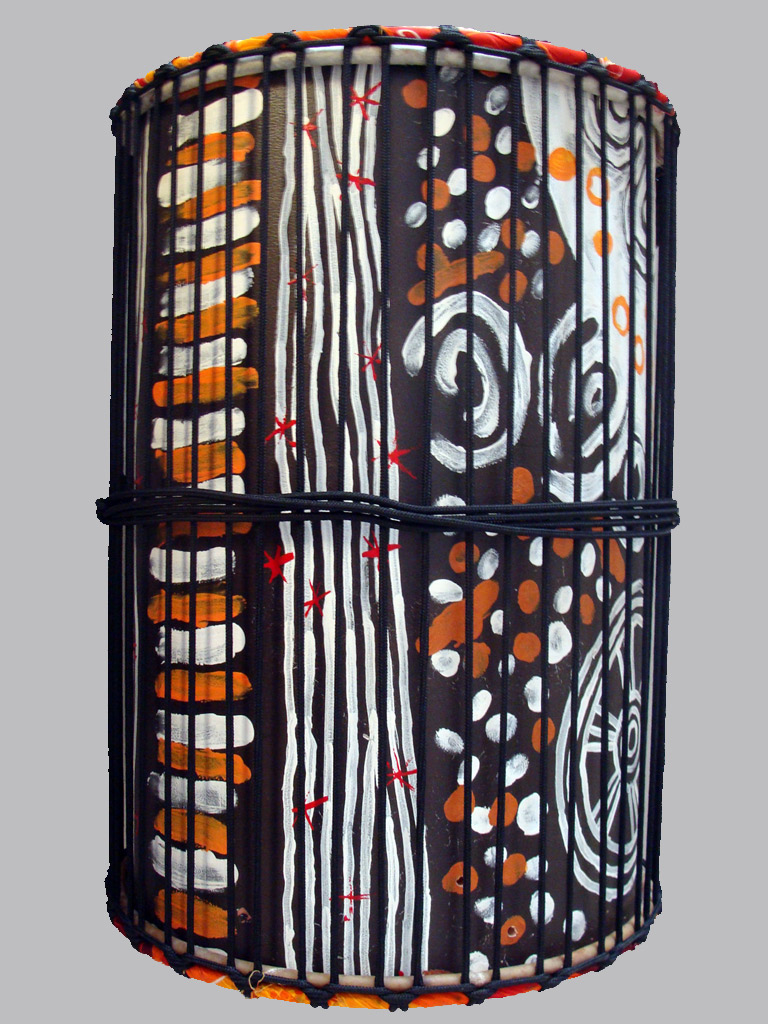 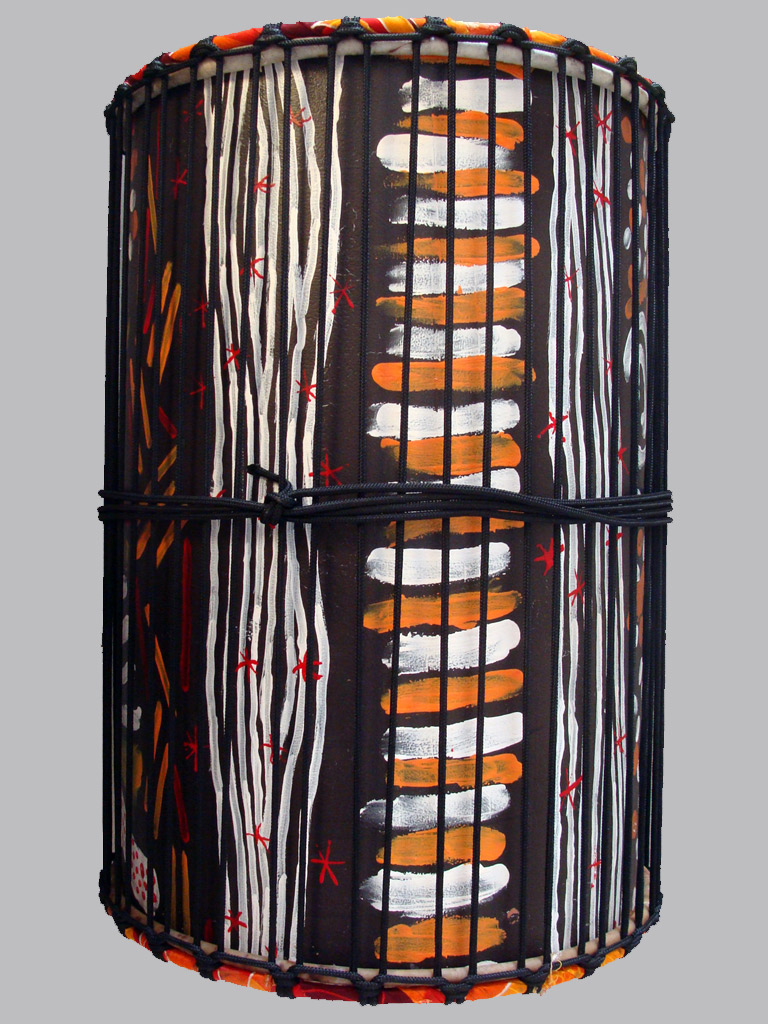 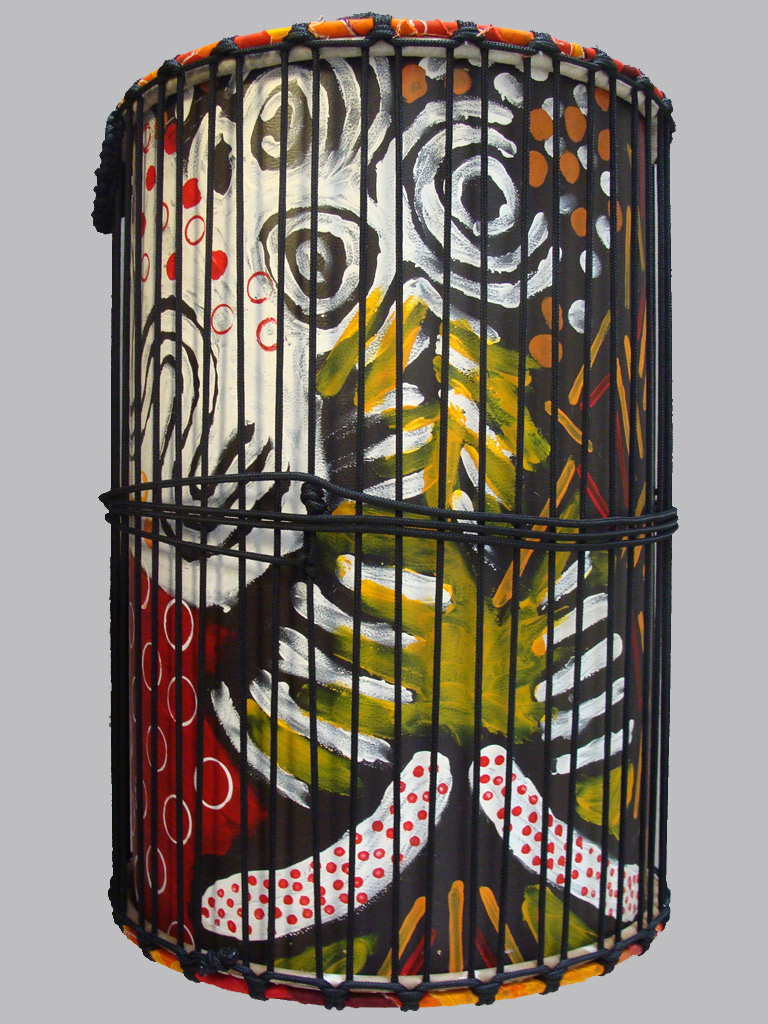 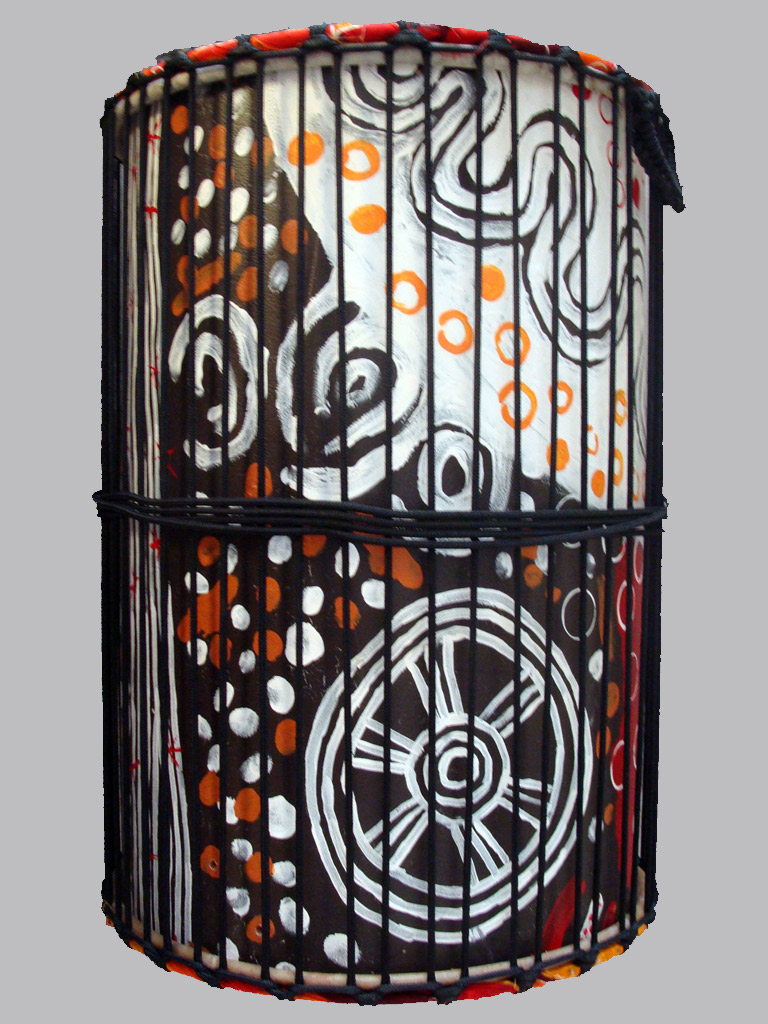 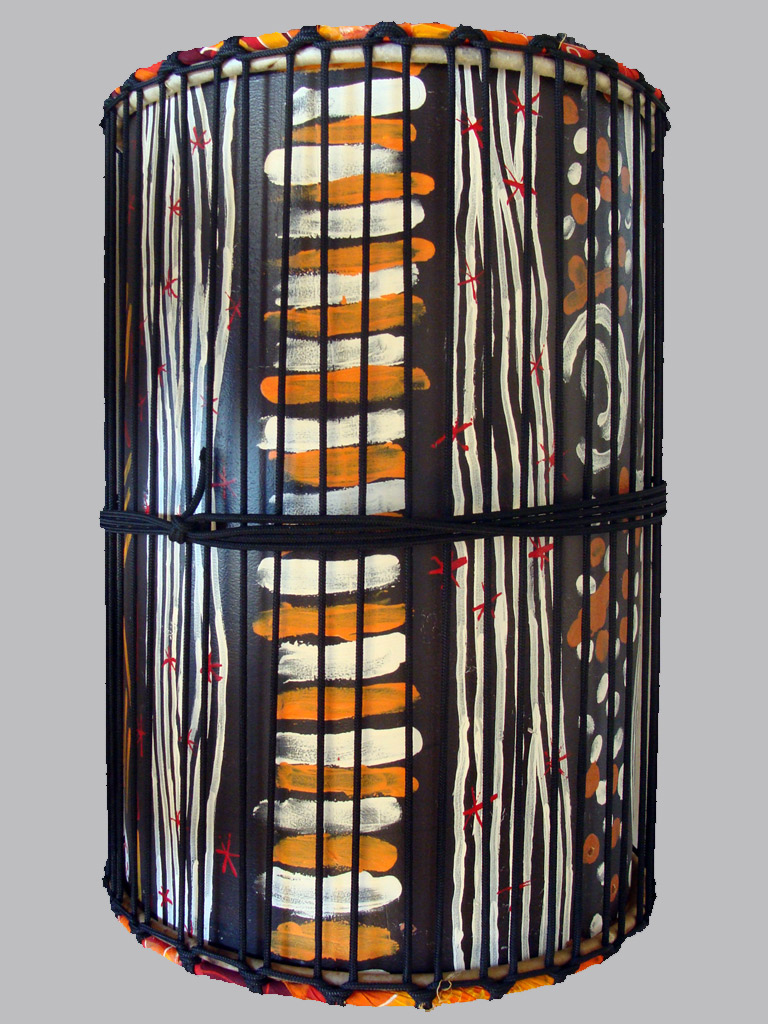